National Peanut Butter Day, our pantry staple, is celebrated on January 24th.  Whether creamy or chunky, with chocolate or with jelly, peanut butter gets the recognition it deserves each year on this day. We can thank four men for the inventions and processes that bring us the creamy, smooth peanut butter we enjoy today. It all started back in 1884, Marcus Gilmore Edson of Canada developed a process to make peanut paste from milling roasted peanuts between two heated plates. The famous cereal maker and health food specialist of the time, Dr. John Harvey Kellogg, patented a process with raw peanuts in 1895. Dr. Ambrose Straub of St. Louis, Missouri, is responsible for patenting a peanut butter-making machine in 1903. But the man who brought us the peanut butter we know and love today was Joseph Rosefield. In 1922, through homogenization, he was able to keep peanut oil from separating from the peanut solids. He later sold the patent to a company that began making Peter Pan peanut butter. Rosefield then went into business for himself selling Skippy peanut butter through Rosefield Packing. He also supplied peanut butter for military rations during World War II.

Peanut butter is rich in protein, minerals, and vitamins, such as magnesium, potassium, and zinc, but it can also be high in calories, sodium, and unsaturated fat. Peanut butter is a relatively unprocessed food. It’s just peanuts, often roasted, ground until they turn into a paste. Yet this isn’t necessarily true for many commercial brands of peanut butter. These may contain various added ingredients, such as sugar, vegetable oils, and sometimes trans-fat.  Eating too much-added sugar and fat have been linked to various health conditions, such as heart disease. Rather than buying processed foods with several added ingredients, choose peanut butter with only peanuts and maybe a bit of salt as its ingredients.

Like most real foods, peanut butter contains more than just the basic vitamins and minerals. It also contains plenty of other biologically active nutrients, which can have some health benefits. Peanut butter is quite rich in antioxidants like p-coumaric acid, which may reduce arthritis. It also contains some resveratrol, which is associated with a lower risk of heart disease and other chronic diseases in animals. Resveratrol has many other potential benefits, although human evidence is still limited.

There are a lot of good things about peanut butter, but also a few negatives. It’s fairly rich in nutrients and a decent protein source. It’s also loaded with fiber, vitamins, and minerals, although this doesn’t seem as significant when you consider the high-calorie load. It is perfectly fine to incorporate moderate amounts of peanut butter into a healthy diet. But the main problem with peanut butter is that it’s so incredibly hard to resist. Moderate consumption of peanut butter is unlikely to have any major negative effects. 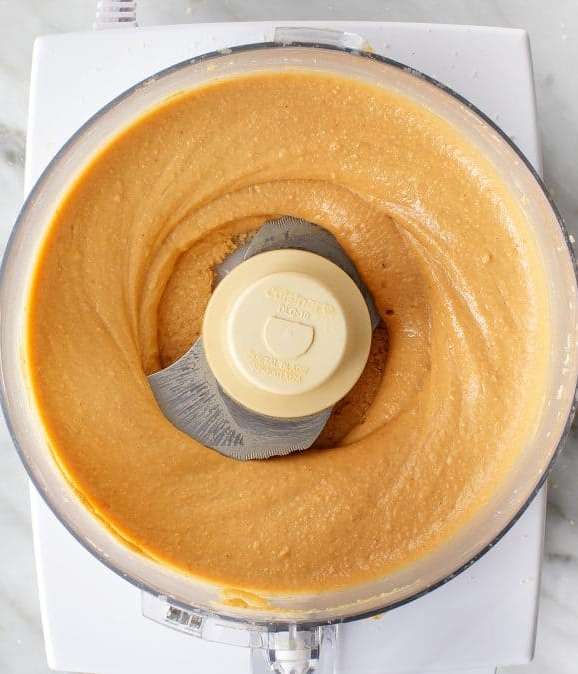 Click the button below for an in-depth guide on making your own peanut butter at home!

Krupa is our onsite registered dietitian and she is available to help Gatorcare members achieve a healthier lifestyle! It’s not about dieting or counting calories but rather building a healthier relationship with food.

Krupa is our onsite registered dietitian and she is available to help Gatorcare members achieve a healthier lifestyle! It’s not about dieting or counting calories but rather building a healthier relationship with food.